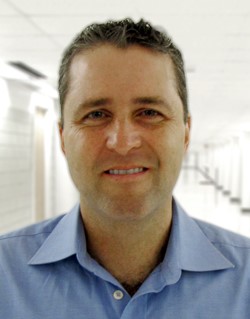 What factors affect the coding of two languages in one brain? For over 100 years, researchers have suggested that age of acquisition, language proficiency and cognitive control play a role in the neural representation of two languages. Work in the Laboratory for the Neural Bases of Bilingualism at the University of Houston has looked at the effects of all three factors on brain activity in bilinguals. This work has considered the role of age of acquisition and language proficiency on the brain activity in tasks involving speech sounds as well as the processing of grammar and meaning. In recent years, there has been renewed interest in the relationship between bilingualism and a possible advantage on non-verbal cognitive control tasks. Results from studies in my laboratory provide some evidence of a “bilingual advantage” related to cognitive control. For example, bilinguals relative to monolinguals show faster reaction times and reduced activity in brain areas devoted to cognitive control during foreign language word learning. Furthermore, more recent work reveals that bilinguals relative to monolinguals have a higher proportion of individuals carrying the A1 allele of the Taq1A polymorphism, which has been associated with better task switching performance. We have also found evidence that carrier status of this gene, as well as language history factors, are associated with different patterns of brain activity in bilinguals. Taken together, results from my laboratory suggest a complex and dynamic relationship between age of acquisition, language proficiency, and cognitive control.

Arturo Hernandez, Ph.D., is a professor of psychology at the University of Houston. Dr. Hernandez’s major research interest is in the neural underpinnings of bilingual language processing and second language acquisition in children and adults. He has used a variety of neuroimaging methods, as well as behavioral techniques, to investigate these phenomena, which have been published in several peer reviewed journal articles. Dr. Hernandez’s research has been funded by the National Institutes of Health and the National Science Foundation. In 2014, he was awarded the Friedrich Wilhelm Bessel Research Award to spend a year visiting Professor Dr. Christian Fiebach at the Goethe University of Frankfurt, where he investigated the role of genetics and bilingualism on the ability to flexibly adapt to different cognitive tasks. Dr. Hernandez’s interest in language learning has also been informed by his own experience as a simultaneous bilingual who learned a third and fourth language in adulthood.