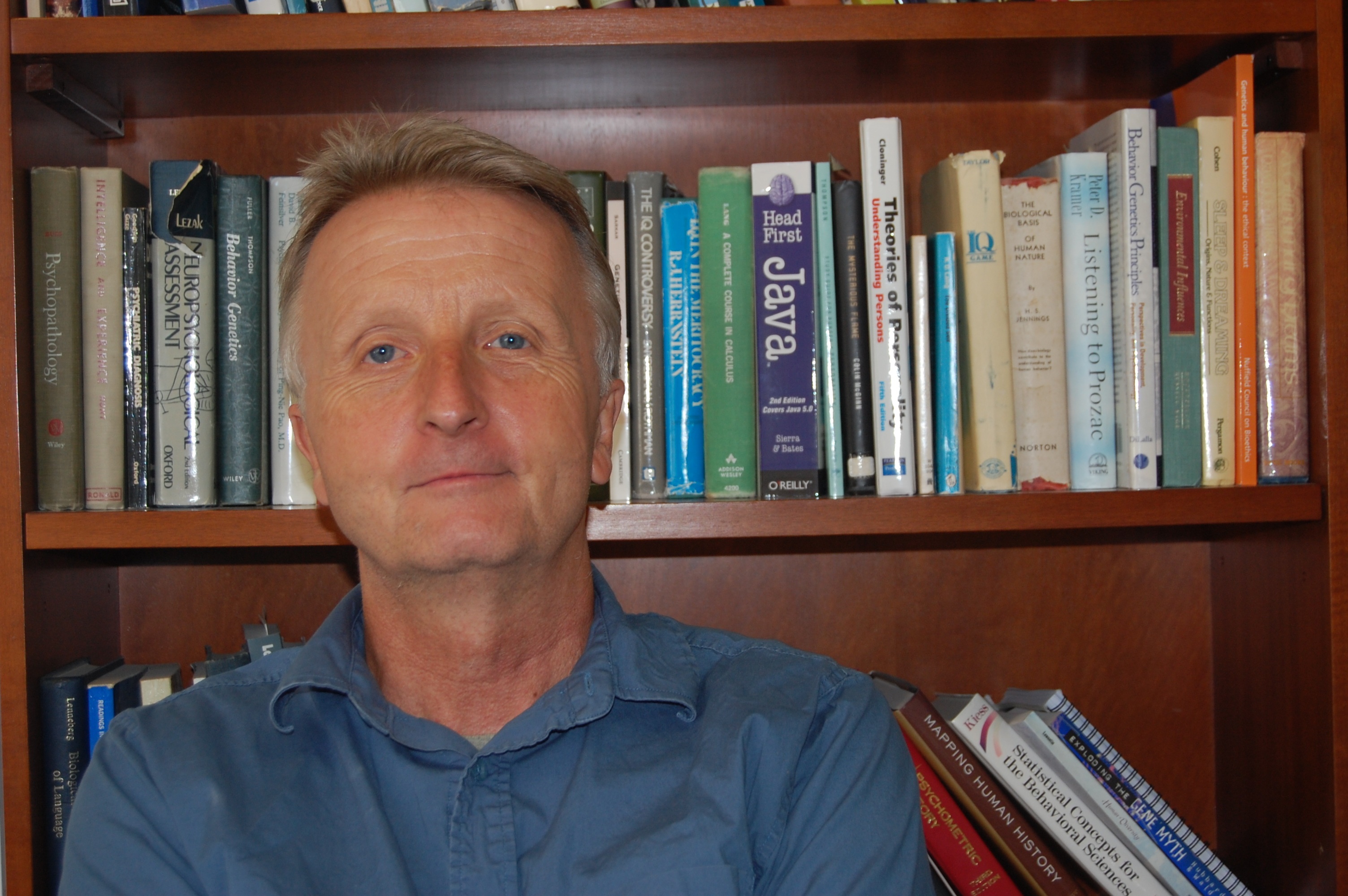 It has been known for some time that children raised in impoverished environments do not express genetic differences in cognitive ability to the same extent as children raised in middle class homes, a phenomenon known as the Scarr-Rowe interaction. During this webinar, Dr. Turkheimer will summarize what is known about this phenomenon, focusing on new analyses of some classic twin datasets that have not previously been available. The goal of the new analyses is to emphasize the developmental processes that underlie modification of heritability and other quantitative genetic parameters. We hypothesize that selection of more talented children into enhanced environments produces cycles of gene environment correlation, in turn accelerating differentiation of siblings. These normal developmental processes are stunted in impoverished circumstances.

Eric Turkheimer grew up in Croton-on-Hudson, New York, raised by his parents Nathan Turkheimer and Barbara Tack Turkheimer. He graduated from Croton Harmon High School in 1971, received his B.A. from Haverford College in 1976, and studied clinical psychology and behavior genetics under Lee Willerman and John Loehlin at The University of Texas at Austin. After completing his Ph.D. at The University of Texas in 1985 and a clinical internship at the University of California, San Francisco, in 1986, he accepted a faculty position in the Department of Psychology at the University of Virginia, where he is currently Hugh Scott Hamilton Professor of Psychology. From 2003 to 2008 he was Director of Clinical Training. Dr. Turkheimer has been an associate editor for Psychological Assessment, is currently an associate editor of Behavior Genetics, and has served on the editorial boards of Journal of Personality and Social Psychology and Perspectives on Psychological Science. In 2009, he was awarded the James Shields Memorial Award for outstanding research in behavioral genetics. He is a past president of the Behavior Genetics Association.

Dr. Turkheimer’s research has encompassed many of the substantive and methodological themes common to behavioral genetic researchers: data from adoptees, twins, siblings, parents, and children to investigate intelligence, personality, psychopathology and family dynamics; experimental and quasi-experimental research designs, statistical modeling, synthesis of empirical results, and, perhaps most characteristically, philosophy of science. His current research includes detection of G by E interactions in twin studies of intelligence, development of statistical methods for analyses of children of twins, and the use of twins to establish quasi-experimental control in studies of developmental associations between parenting behavior and offspring outcomes in adolescence. His overarching research goal is to explore the possibilities and limitations of behavior genetics as a means of expanding the scope and rigor of human behavioral science.