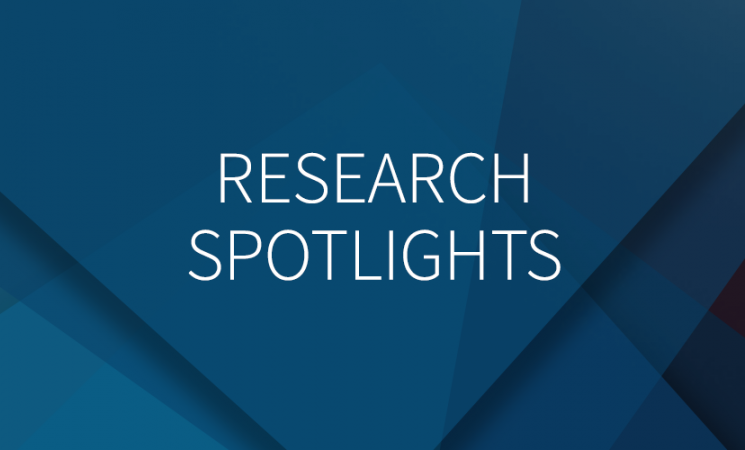 Do historically discriminatory policies influence current health outcomes? A study funded by the NIH’s Environmental influences on Child Health Outcomes (ECHO) program and the NIEHS hopes to answer this question. Policies geared toward racially segregating neighborhoods in the United States were widespread, pervasive, and well-documented following the Great Depression. Redlining maps were used for decades by banks and other lenders in order to determine loan risk. These maps shaded neighborhoods in one of four colors, and were based, in part, on the race and socioeconomic status of each neighborhood's residents. The researchers examined the specific association between historical redlining and several health outcomes—including, preterm birth, low birth weight (LBW), small-for-gestational age (SGA), and perinatal mortality—over a 10-year period (2006–2015) in Los Angeles, Oakland, and San Francisco, California.

The researchers used birth outcomes data from the California Office of State-wide Health Planning and Development (between January 1, 2006, and December 31, 2015) and utilized the Home Owners’ Loan Corporation (HOLC) Security Maps. The HOLC Security maps were developed in the 1930s and assigned neighborhoods to four grades based on investment risk: green (grade A) were considered “Best,” blue (grade B) “Still Desirable,” yellow (grade C) “Definitely Declining,” and red (grade D, hence the term “redlining”) “Hazardous.” The researchers then superimposed the geocoded residential addresses at the time of birth on the HOLC Security Maps to assign each birth a HOLC grade. They adjusted for potential confounders and used propensity score matching methods to estimate the association of historical HOLC grades on current birth outcomes.

In summary, the study found that worsening HOLC grade was associated with adverse birth outcomes, although this relationship was less apparent after including models with propensity score matching and controlling by metropolitan area. The researchers posit multiple hypothesis to explain the underlying processes: namely that higher odds of preterm birth and SGA in grade C versus grade B neighborhoods may be caused by higher-stress environments, racial segregation, and lack of access to resources. On the other hand, lower odds of preterm birth, SGA, and LBW in grade D versus grade C neighborhoods may be due to population shifts in those areas related to gentrification and shifts in the selectivity of those individuals/families into those neighborhoods.

Human papillomavirus (HPV)–associated cancer burden is increasing in the United States, despite the effectiveness of the HPV vaccine for the prevention of HPV infections and associated cancers. According to a 2019 Centers for Disease Control and Prevention report, nearly half of the adolescents who are eligible for the HPV vaccine are not up to date on vaccination. A study funded by the NCI aimed to estimate the rate of HPV vaccine usage among adolescents in the United States, broken down by state and explored reasons why there may be a failure to initiate or complete the vaccine series. Unlike some other vaccinations (e.g., measles, mumps, rubella, etc.), HPV is not mandated in all states, and uptake is mainly dependent on the intent of adolescents’ parent/caregiver.

The researchers used information from the 2017–2018 National Immunization Survey (NIS-Teen), with participants being parents/caregivers of U.S. adolescents aged 13 to 17. The primary outcome variables were: the intent to vaccinate the adolescent in the next 12 months; the reasons for lack of intent to initiate and complete the HPV vaccine series; and the relationship between receiving a recommendation from a health care provider to vaccinate and intent to initiate the vaccination series.

The most common reason for parents’ lack of intent to initiate the vaccine was attributed to safety concerns (22.8 percent [4,182/16,455]). Also, using multivariate models, receipt of a recommendation from a health care provider was associated with greater odds of parental intent to initiate the HPV vaccine series (odds ratio: 1.11, 95 percent CI: 1.01–1.22). The lack of a recommendation from a health care provider (22.2 percent [440/1,944]) was the most frequently cited reason for the absence of intent to complete the series among parents of adolescents who received only one HPV vaccine dose.

The researchers acknowledged some study limitations including: (1) Some of the respondents may not have been knowledgeable about the immunization status of their child (despite the survey protocol) relative to the other spouse/caregiver; (2) There might have been a small number of parents who selected "not recommended" as the reason for not intending to vaccinate when there was a contraindication with their child; (3) Nonresponses to the survey might have occurred among parents who are afraid of judgement or because they do not believe in vaccines (negative selection effect); (4) Survey responses may be prone to social desirability and recall bias; (5) Finally, the survey asks parents to report only the main reason for their lack of intent to vaccinate; parents of some adolescents might have had more than one reason for this lack of intent.

In conclusion, the authors suggest that for the HPV vaccine to be successfully taken up in the United States by more parents/caregivers for their adolescents, aggressive and coordinated efforts between health care providers, media, policy makers, and state health agencies may be needed.

In a recently published study funded the NICHD, NSF, and others investigated how adverse health shocks to one child could spillover to their siblings. Brothers and sisters share a unique bond, often growing up in the same household, with the same parents, similar genetics, and experiencing life events together. Siblings can have important influences on each other's lives, teaching/learning from each other, and modeling behaviors. However, they also share limited parental resources such as time, attention, and money. To date there is limited evidence regarding the causal role of siblings on the outcomes for other siblings since it is difficult to identify the effect of one sibling on another. The researchers make use of population-level data from two contexts to estimate the causal effect of a sibling health shock on educational outcomes of other children in the family. Specifically, they examined the effect of having a younger sibling with a disability on test scores of older children.

In order to causally identify sibling spillovers resulting from a younger child's disability, the researchers looked at families with three or more children where a health shock (physical and/or mental disability) occurred in the case of the third child. Within a family, the first- and second-born children face differential exposure to the affected third sibling. This differential exposure is related to the relative ordering of the two children; earlier-born children had more time in the family without the presence of the disabled third child and are thus less exposed. They estimated these relationships using data from two data sources, and two distinct locations: Florida and Denmark. For both data sets they used matched administrative data sets and merged full birth cohorts with schooling and medical data. The Florida data include birth records for every birth in the state between 1994 and 2002, merged with school records for all children who attended public schools within the state. The key outcome measured in Florida was the state’s end-of-year standardized test, the Florida Comprehensive Assessment Test (FCAT), administered to children in grades 3–8. The Danish data include birth records for every birth in the country between 1990 and 2001, merged with medical patient register and school records. The primary outcome of interest in Denmark is the cohort-standardized grade from the 9th grade exit exam. While these exam measurements are not the same, previous literature indicate that they do represent similar types of outcomes.

The researchers used a simple difference-in-differences design approach where they compared second- versus first-born children, in families with disabled and non-disabled third children. Despite the differences in settings and disabilities considered across Florida and Denmark, the researchers found evidence consistent with sibling spillover effects in both places. The second-born child in a family had worse outcomes than did their older sibling when the third-born sibling was disabled, relative to the case in which the third-born sibling was not disabled. These results were driven by physical disabilities which the researchers posit are likely to be more visible early and require more parental time and attention as compared to cognitive or behavioral disabilities. The researchers do note that it is very difficult to isolate these effects empirically, since there are many things simultaneously happening in a family that could also affect these children's outcomes.

In summary, this study demonstrates the importance of sibling relationships on future education outcomes. Understanding sibling spillover effects is important for helping to understand the full effects of family policies and shocks. Many intervention studies consider the benefits for the participating family member(s) or targeted children themselves, but often do not fully consider the spillover effects on the rest of the family. The results from this study indicate that investments that ameliorate the effects of negative shocks to children could benefit more than just the effected child. Additionally, these findings have methodological implications for the interpretation of estimates based on sibling fixed effects identification strategies where one sibling is treated, and the other sibling forms a control group.