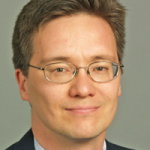 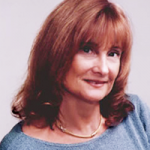 Dr. Volpp is the founding Director of the Leonard Davis Institute Center for Health Incentives and Behavioral Economics, one of two NIH- funded Centers on Behavioral Economics and Health in the United States. He is also a Professor of Medicine and Vice Chairman for Health Policy of the Department of Medical Ethics and Policy at the Perelman School of Medicine, a Professor of Health Care Management at the Wharton School, and one of two Directors of the University of Pennsylvania CDC Prevention Research Center.
Dr. Volpp's research on the impact of financial and organizational incentives on health behavior and health outcomes work has been recognized by numerous awards including the Alice S. Hersh Award from AcademyHealth; the British Medical Journal Group Award for translating Research into Practice; the outstanding paper of the year from multiple research societies; a Presidential Early Career Award for Scientists and Engineers (PECASE); and a 2015 Association for Clinical and Translational Science Distinguished Investigator Award for Career Achievement and Contributions to Clinical and Translational Science.

He served as a member of the editorial board of the Annals of Internal Medicine and is now a Contributing Writer to JAMA. He is an elected member of several honorary societies including the Institute of Medicine (IOM) of the National Academy of Sciences, the American Society of Clinical Investigation (ASCI), and the Association of American Physicians (AAP). Volpp did his medical training at the University of Pennsylvania and Brigham and Women’s hospital and his training in Economics at the Wharton School. He is a board-certified general internist and practicing physician at the Philadelphia VA Medical Center. He has collaborated with and advised a wide variety of private and public sector entities in the United States and internationally and his work has been covered by major media outlets throughout the world such as the New York Times, the Wall Street Journal, Good Morning America, the Economist, the BBC, Der Spiegel, and the Australian National Radio.

Jeanne Brooks-Gunn, Ph.D. Professor Brooks-Gunn is a nationally-renowned scholar and expert whose research centers on family and community influences on the development of children and youth. Her research has significantly shaped our understanding of child and adolescent development and the influence of parents, schools and contextual factors including economic deprivation, quality of child care type, and parental employment on long-term outcomes for children and adolescents.

Dr. Brooks-Gunn studies factors that contribute to both positive and negative outcomes (and changes in well-being) across childhood, adolescence, and adulthood, with a particular focus on key social and biological transitions (in schooling, family structure and dynamics, parenthood, and puberty, sexual onset, and pregnancy) over the life course. Dr. Brooks-Gunn has also designed and evaluated interventions aimed at enhancing the well-being of children living in poverty and associated conditions. As Co-Director of the National Center for Children and Families at Teachers College, she pilots the Early Head Start Follow-Up Study, which is evaluating outcomes at age 10 for children who had participated in Early Head Start as infants or toddlers. She is also conducting a long-term follow-up of the Infant Health and Development Program, an eight-site randomized trial assessing the efficacy of early childhood education and home visiting on the outcomes of low birth-weight children (followed through age 18). Other important efforts to study the impact of family, community, and educational context on children and adolescents’ development include the Project on Human Development in Chicago Neighborhoods, After School Matters, and several facets of the Fragile Families Study.

Dr. Brooks-Gunn received her Bachelor of Arts degree from Connecticut College, her M.Ed., Harvard University and her Ph.D., from the University of Pennsylvania.