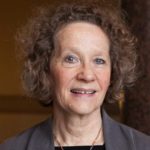 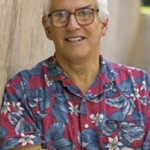 Carol D. Ryff, Ph.D. (University of Wisconsin) and Burton H. Singer, Ph.D. (Princeton University) are the joint recipients of the Second Matilda White Riley Lecture in the Behavioral and Social Sciences. Carol Ryff and Burt Singer met in 1993 in London at a meeting of researchers from several MacArthur Foundation networks. Prior to that time, she had never done any studies involving biological factors, and he had never done any studies involving psychosocial factors. The nexus between the two became the focus of their intellectual synergy, given her background in psychological well-being and his background in everything else. Their first joint publication discussed mind/body connections and emphasized the paucity of prior work connecting positive psychological factors to biological processes. These ideas were developed in more detail in The Contours of Positive Human Health in which they called for a reformulation of health as health rather than health as disease or illness. Their proposed route into it was via positive psychological and social factors and the neurophysiology that underlies these salubrious aspects of human functioning. Most of their collaborative work since that time has involved assembling empirical evidence that psychosocial well-being has a distinctive neurobiological signature.

Along the way, they also became interested in a science of human health that is fully integrative, taking into account many factors about people’s lives – their socioeconomic standing, significant life experiences, key social relationships, work, and family experiences, psychological outlooks – and how these come together to influence their health. The challenge, of course, is figuring out how to put all of this complexity together. In Life Histories and Mental Health, they generated a conceptual and methodological approach to integrate extensive amounts of longitudinal information to understand resilient women. Another integrative publication entitled “Elective Affinities and Uninvited Agonies: Mapping Emotion with Significant Others onto Health” brought literature and art into the formulation of human health. They had to publish an edited volume, Emotion, Social Relationships, and Health to get such a mélange into the literature.

They served as editors of New Horizons in Health: An Integrative Approach, a National Research Council publication that has been influential in the formation of several NIH initiatives focused on the interface between social and biological sciences. (OBSSR/NIH commissioned this report.) This integrative vision has been at the core of their MIDUS II study (supported by the National Institute on Aging), with the themes of resilience and vulnerability serving as organizing ideas. Relating combinations of biomarker conditions to psychosocial experience represents a central challenge at the heart of their current work.