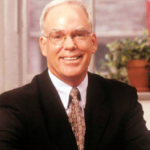 Samuel H. Preston is Professor of Sociology at the University of Pennsylvania. He received a BA in economics from Amherst College in 1965 and a Ph.D. in economics from Princeton in 1968. The major area of interest throughout his career has been the health of populations, including methods for measuring and analyzing health. He has devoted special attention to cause-of-death patterns across space and time, to the impact of cigarette smoking on aggregate mortality levels, and to the factors that have driven the massive mortality improvements of the past century. His empirical account of the changing relationship between a country's life expectancy and its per capita income- summarized by the - Preston curve - is one of the most frequently cited articles in demography.

Recipient of a MERIT award from NIA, for the past several years he has been Principal Investigator of an NIA grant evaluating the contribution of obesity to international differences in life expectancy. He has served as Dean of the School of Arts and Sciences at Penn and President of the Population Association of America and the Sociological Research Association. He is a member of the National Academy of Sciences, the Institute of Medicine, and the American Philosophical Society. He has won the Taeuber and Sheps Awards from the Population Association of America and was designated Laureate of the International Union for the Scientific Study of Population. He has chaired 60 Ph.D. dissertation committees at Penn, Berkeley, and the University of Washington.