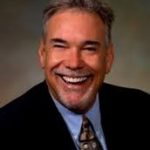 Distinguished Lecturer: Mark Hayward, Ph.D.
Professor of Sociology, Centennial Commission Professor in the Liberal Arts
The University of Texas at Austin
Presentation: Reimagining the Dynamic Association between Education and US Adult Mortality in a Fast Changing Policy Environment

Mark Hayward, Ph.D., is professor of sociology, Centennial Commission Professor in the Liberal Arts, and director of the Population Health Initiative at The University of Texas at Austin. His research integrates life course theory and statistical and demographic techniques to interrogate how factors from across the life course influence morbidity and mortality. Beyond extensive research on mortality, his work has examined a variety of aspects of health—including inflammation, cognitive impairment, disability, self-rated health, and positive aspects of health, including active life expectancy. Dr. Hayward also has considered the role of factors at multiple levels—from micro-level factors, such as genes and biomeasures of cardiovascular, metabolic, and chronic inflammation risk, to macro-level factors, including state socioeconomic and policy contexts. A common thread throughout his work is understanding how socioeconomic status—especially education—as well as gender, marital status, and race/ethnicity, shape health inequalities in later life. He also has explored the role of behavioral factors in health and health disparities, including nutrition, body weight, and tobacco use.

Dr. Hayward currently is a co-principal investigator on the National Institute on Aging (NIA)-funded “Network on Life Course Health Dynamics and Disparities in 21st Century America” and is the past recipient of awards through both NIA and the Eunice Kennedy Shriver National Institute of Child Health and Human Development. He has published in leading journals, including: the American Journal of Public Health, Demography, the Journals of Gerontology: Social Sciences, the Journal of Health and Social Behavior, and Social Science and Medicine.

In addition to his numerous scholarly accomplishments, he has served in several professional leadership positions. He recently served as the president of the Southern Demographic Association and chair of the Aging and Life Course section of the American Sociological Association (ASA), and he is the chair-elect of the Sociology of Population section of the ASA. He also has served on the boards of the Population Association of America and the Society of Biodemography and Social Biology and was a member and subsequent chair of the Inter- University Consortium for Political and Social Research Council. He is currently a member of the Committee on Population, National Academy of Sciences, and recently has served on the National Advisory Committee for the Robert Wood Johnson Foundation’s Health and Society Scholars Program. Dr. Hayward earned his Ph.D. in sociology from Indiana University in 1981.